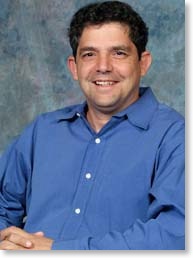 Rocketed from the dying planet Microsoft, I landed in the small town of Wozville where I was raised by a kind immigrant couple. Afraid that my powers may cause me to leave their small world, they told me a tale of being born in Brooklyn, and was told to live my life like everyone else….to fit in. But deep down I knew something wasn’t right. But I tried, doing every job you can think of i.e. warehouse fork lift operator, retail sales and management, waiter/bartender, gym teacher, gigolo and many other jobs. Ok not gigolo but the rest is true and they were exactly how I described them. JOBS.

I helped co-found a comic book company, Future Comics, and that experience made me realize that my personality is best suited to being my own boss.

Started an IT company in 2002, specializing in helping the small to medium sized businesses reduce their IT costs as well as develop effective web presences.

I also conquered a long held fear and joined a sketch comedy group, performing in public for the first time. This awakened a life long desire to be involved in the movie/tv business. I then left the group with another member, and wrote, produced and directed a sitcom pilot, which I am still looking to sell (hint, hint). I also fulfilled another dream by getting involved with the ABA basketball league, solely because of my obsessive admiration of the original. Much to the chagrin of everyone near me I spend every moment promoting the original league and its players and will do everything in my power to teach everyone the greatness that was the original ABA.

Loving technology so much that I decided to talk about it for a living too, I launched my tech radio show, Your PC Hero, in 2012. Determined to help the tech industry grow in Tampa Bay, I’m currently in the design phase of launching a tech incubator.